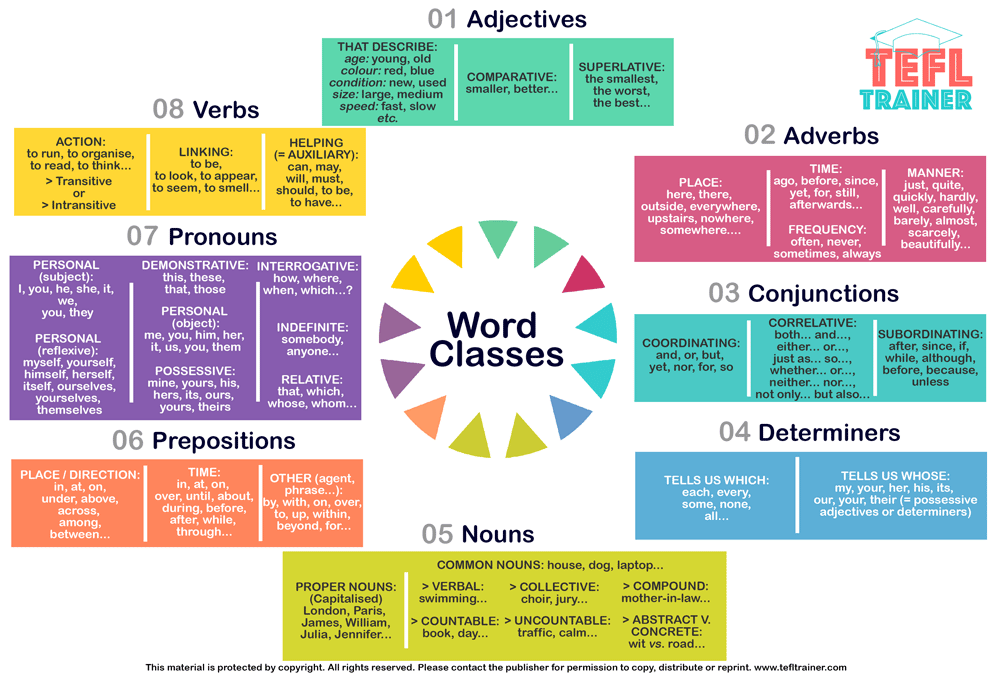 In this lesson, Learn English with Julia presents to you “Word Classes or Parts of Speech”, in order for you to:


Back to the Cours Index


To the Next Lesson

What to learn next?

How to teach yourself Vocabulary

How to teach yourself Vocabulary Welcome to this lecture entitled “Examples in the classroom” So now that we’ve gone through phonetics and phonology, it’s time to look at teaching vocabulary Vocabulary can be difficult for learners because of: pronunciation, spelling, length and complexity, grammar, meaning, range (which means how wide